In recording studios, rehearsal rooms and home cinema setups, flat surfaces and parallel walls can cause strong reflections of various sound sources. When many of these come together, they can severely affect the sound. Flutter echoes, comb filter effects and room resonances can be the result. Diffusors break up these reflection points and redirect the sonic energy in a diffuse pattern, which leads to a more differentiated and – contrary to broad band absorbers – not overly dry result. A room treated with diffusors sounds more lively, larger and more airy.

Diffusors are constructed in such a way that they break up unpleasant reflections and effectively prevent flutter echos, comb filter effects and resonances.

Because diffusors absorb very little sonic energy, they don’t over-dampen a room. Installing diffusors can help to bring a dull room back to life. Rooms with many diffusors often sound bigger than they actually are, which has a positive effect on recordings and also makes spending time in the room a more pleasant experience.

Depending on the type of surface, they can be categorized in one-dimensional and two-dimensional diffusors, which disperse the sound either only horizontally (1-D diffusors) or in several directions simultaneously (2-D diffusors).

One common practice is to install one-dimensional diffusors on the walls, in order to spread out the reflections in the horizontal plane only, because one often tries to avoid additional reflections in the direction of the floor and ceiling. Two-dimensional diffusors are often used on ceilings, in order to achieve a wide dispersion without a specific direction.

DIFFUSORS: WHAT TO WATCH OUT FOR

DIFFUSORS: WHAT TO WATCH OUT FOR

When it comes to the number of diffusors to be installed, there’s not much that can go wrong. For the sound propagation in a room, it’s practically impossible to install too many of them.

When combining several acoustic elements while developing a room optimization concept, it’s best to avoid repeating a “chaotic pattern” too many times. For example, if you install too many of the same elements next to each other without changing things up, you’re creating a static pattern. This is undesirable (especially for large areas), because the reflections cannot be broken up homogeneously due to the larger distances. A combination of different diffusors, variations in their orientation or – even better – alternating diffusors and absorbers helps to solve this problem effectively.

With one-dimensional absorbers, you can achieve a two-dimensional effect by rotating every other diffusor by 90 degrees. This creates a two-dimensional structure that disperses the sound not just to the left and right, but also towards the ceiling and floor. 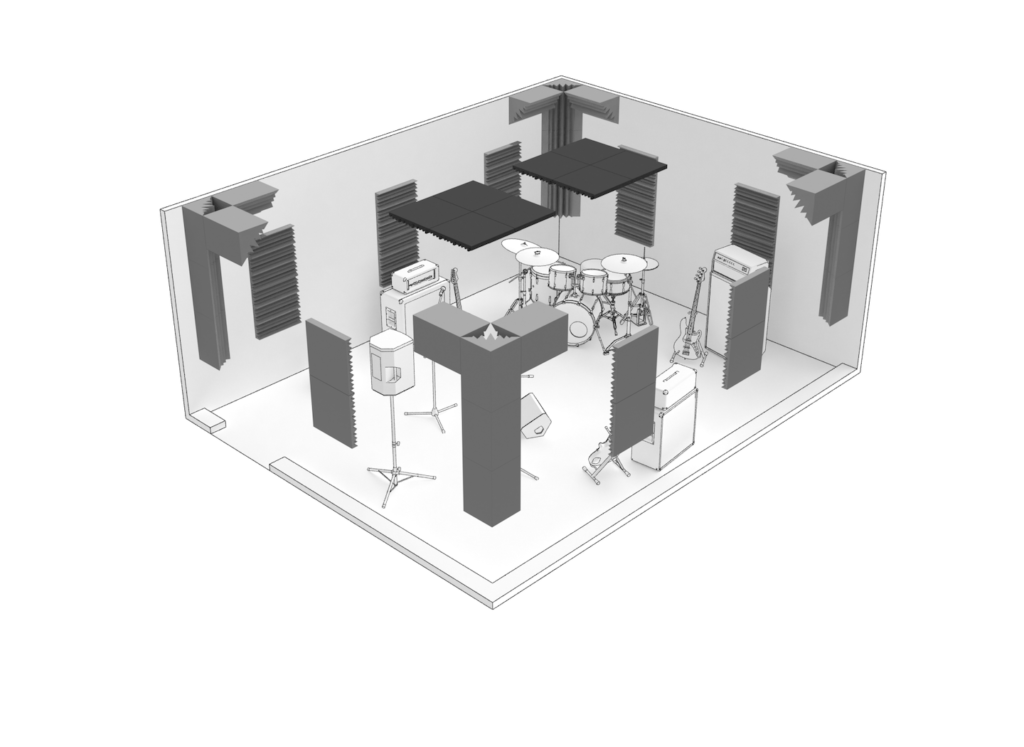 Diffusors are another way to improve the acoustics of your rehearsal space. Even small, flat surfaces can be a source of unpleasant reflections of the mid and high frequencies. Diffusors can disperse this sonic energy, which helps to achieve a more homogenous sound.

to the Rehearsal Room 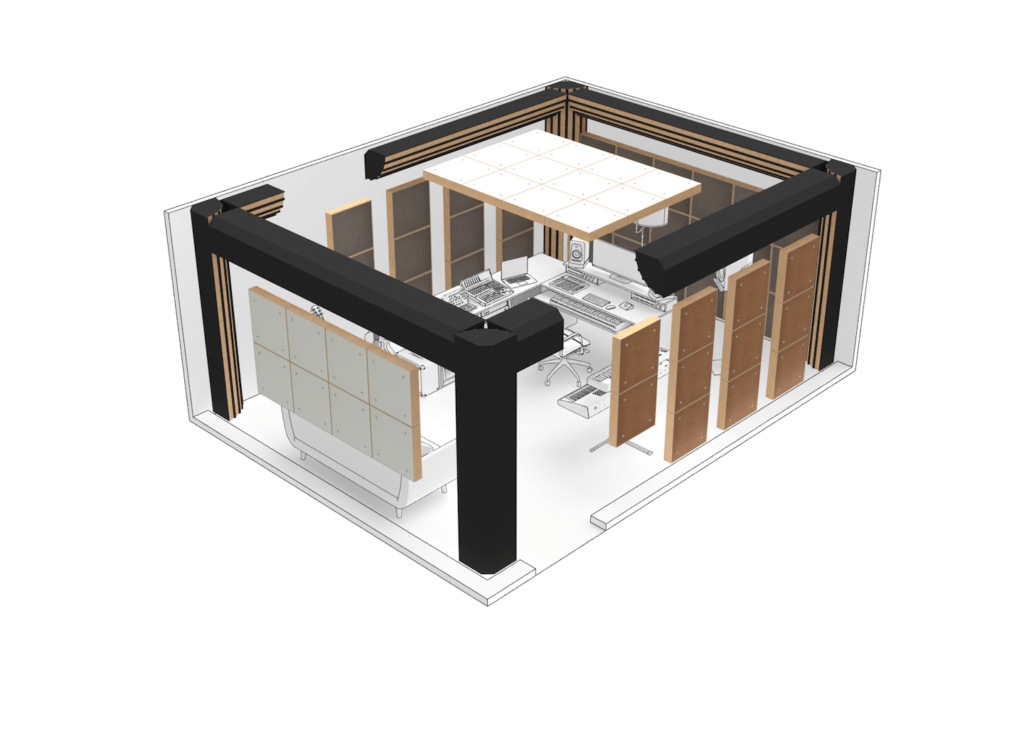 in the control room

Diffusors are another aspect of the acoustic optimization of studio rooms. Flat surfaces such as walls reflect sound, and these reflections can overlap and affect each other. This is why it’s advisable to avoid bare, flat walls in a recording studio.

to the Control Room 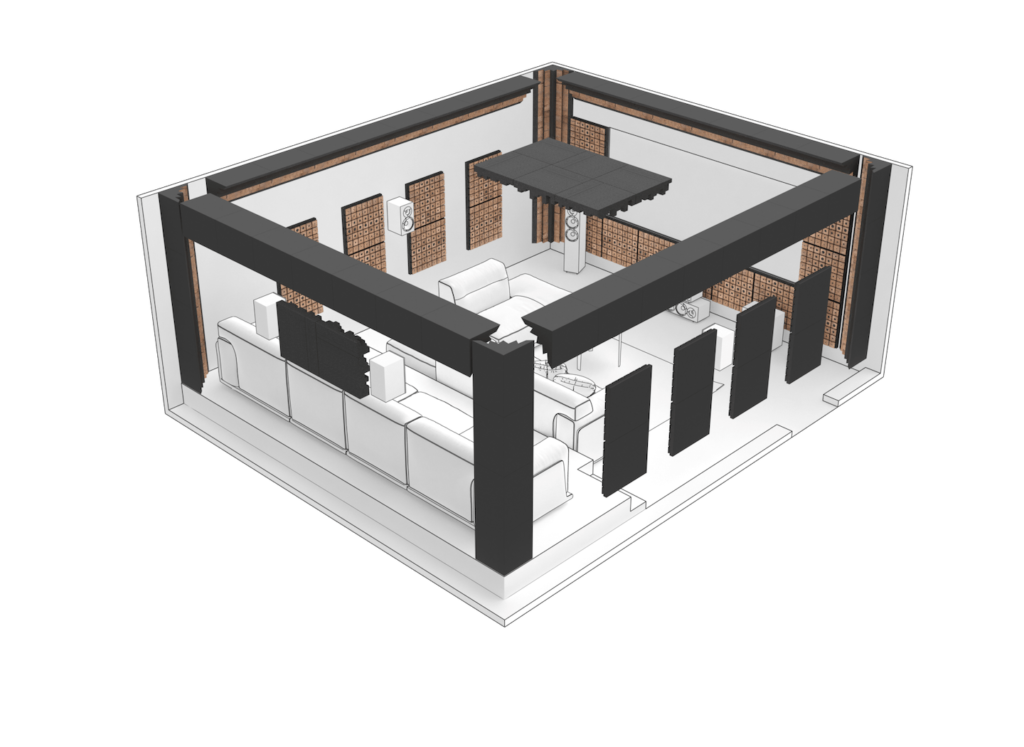 in the home cinema

It’s not a good idea to simply cover all flat surfaces with absorbers. When trying to achieve desirable room acoustics, the goal isn’t to drown out all sonic energy. Instead, it should be distributed in the room as evenly as possible and without any unwanted reflections. Diffusors are a great way to achieve this.

to the Home Cinema 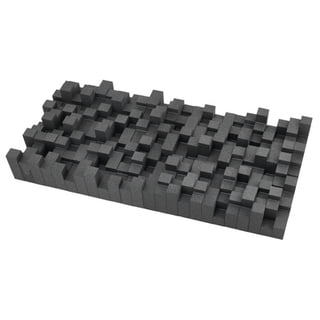 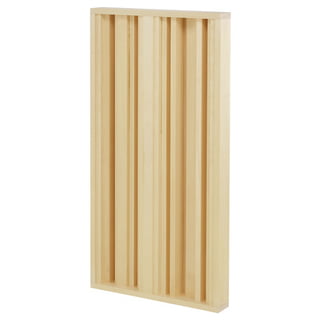 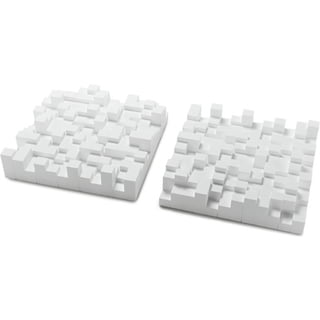 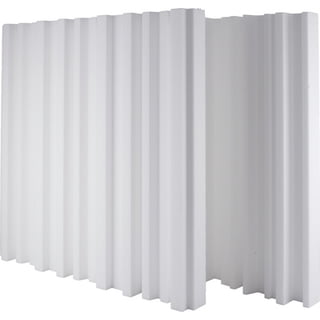 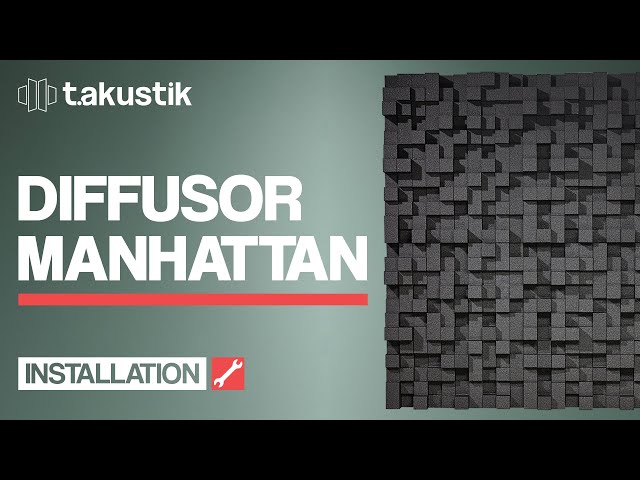 Check out our Manhattan Diffusor installation video for quick mounting instructions – you’ll be surprised how easy it is to elevate the sound quality of your space! 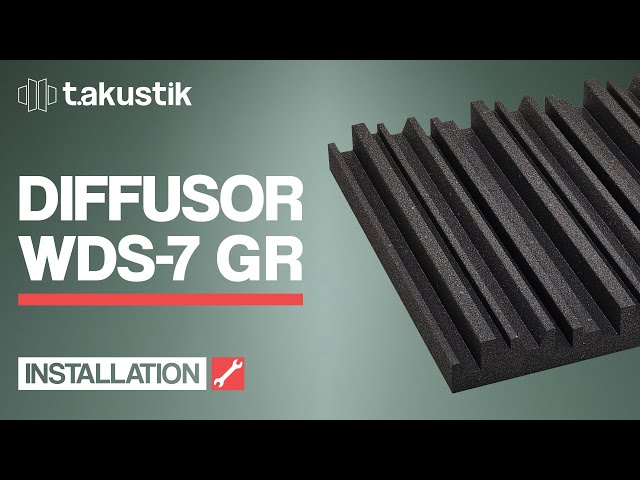 We show you how to install the WDS-7! Check out our installation videos for quick mounting instructions – you’ll be surprised how easy it is to elevate the sound quality of your space! 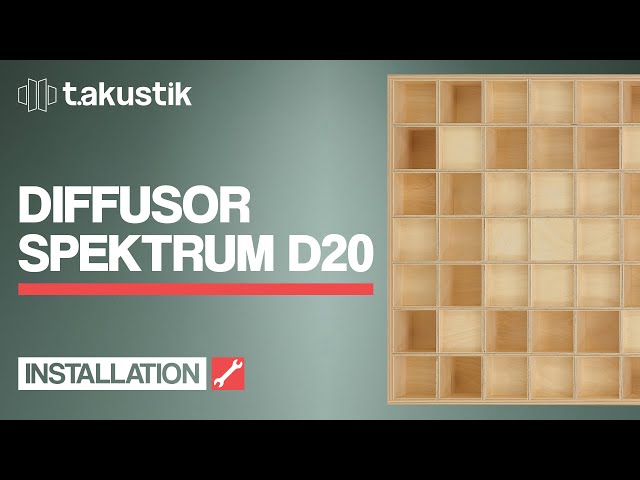 Quick, easy installation of the Spektrum D20 diffusor: Our installation videos show you what equipment you’ll need and how to mount our screw-in diffusers to dramatically improve your room’s acoustics. 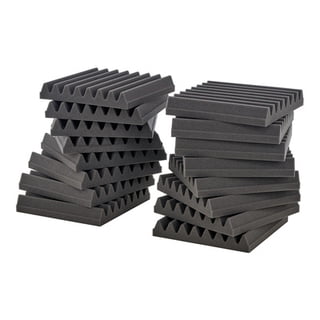 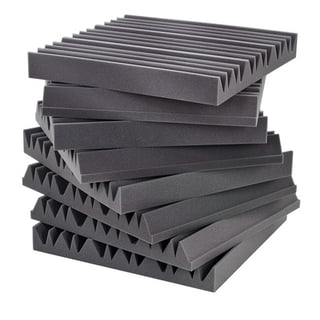 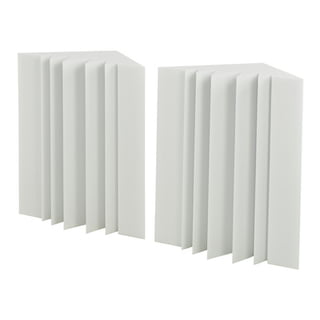 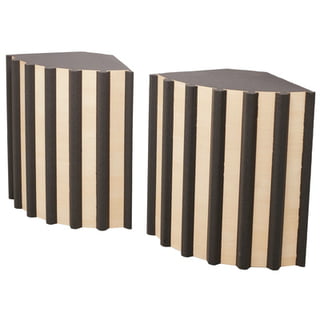